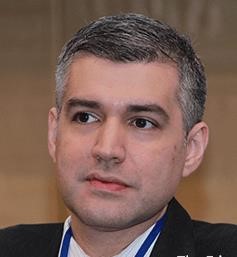 Mr. Frederico Gil Sander, a Brazilian National, is the World Bank’s Senior Country Economist for India since July of 2015, based in New Delhi.

Mr. Gil Sander Sander was previously based in Bangkok, where he worked on debt management and macroeconomic analysis in Thailand, Laos, Cambodia and Myanmar, and most recently as the World Bank’s Senior Country Economist for Malaysia. He earlier worked for New York investment bank Bear Stearns’ emerging markets debt capital markets department. Following an intermission to pursue a PhD in political economy at Princeton University's Woodrow Wilson School, Frederico took up his first assignment at the World Bank working on debt relief for poor countries with the World Bank's Economic Policy and Debt Department.

All are cordially invited

India is one of the few bright spots in a sombre global economy and is set to become the fastest growing large economy in the world. The World Bank’s latest Global Economic Prospects projects India’s GDP will grow by 7.3 percent in the fiscal year ending March 2016, and by 7.8 percent in the following two years. However, there are persistent and in some case growing performance divides: between domestic and external demand; rural and urban consumption; public and private investment. Will the lagging sectors drag down the economy or will the leading segments lift India’s economic performance? With the budget season coming up, what should be the role of fiscal policies for equitable growth. Should fiscal consolidation continue apace in FY17? What has been the impact of the first year of implementation of the 14th Finance Commission recommendations?