A musical evening with Vidya Shah

Vidya Shah is a composer, musician, and writer from New Delhi, India. She was initially trained in Carnatic music, and later received guidance in the North Indian genres of Khayal, Thumri Dadra, and Ghazal. She has performed at national and international forums, including the Tansen Samaroh in Gwalior, The Kennedy Centre in Washington D.C, The Asia Society in New York and the British Museum in London.

A recipient of the Charles Wallace Award, she writes and speaks on music and is the author of Jalsa: Indian Women's Journey from the Salon to the Studio (Tulika Books). 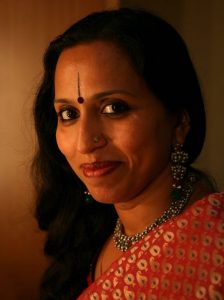